In 40+ years, hip-hop has grown from an arguable fad to one of the most influential forces on the planet. While hip-hop has never been a monolith, the multitude of perspectives on the culture have only become more apparent due to advancements in tech. With the internet has come an increase of voices speaking on hip-hop and hip-hop adjacent topics. It has outgrown a single "source" to read or "vibe" to tune into - and rightfully so. Hip-hop has always been rooted in being the voice of the people. Conversely, it has also always been the voice of the people that determine what is (and isn't) hip-hop.

There is a lot to learn about hip-hop than just what's on the top of the music charts today. History, culture, news, opinions, gossip...we could go on & on. So much of that knowledge is found within the recent explosion of long form media such as podcasts and video shows, in the forms of interviews, reviews, deep dives, etc. If you want to learn about hip-hop - and be thoroughly entertained at the same time - there are few mediums that can compete with audio + video.

If you're already an avid subscriber to podcasts and video channels, you know how cumbersome it can be to discover good shows to consume regularly - especially podcasts. If you're not, then the aforementioned is probably one of the reasons you aren't. Many apps come and go, trying to solve the "podcast discovery problem" for example. But they've always done it with a broad brush. VoxDope was created with this in mind - to help fans of hip-hop easily discover these often times hidden voices of knowledge and gems. Whether it's via the web, your smart speaker, or your mobile device, the goal is to make accessing all of this great hip-hop content a casual experience.

Built by life-long hip-hop junkies. Reach out to us any time via Twitter or email with any questions, concerns, or collabs. 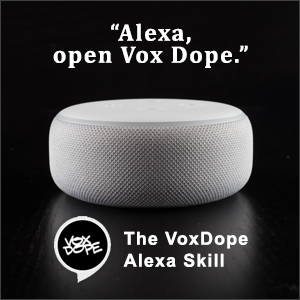 Got questions? Concerns? BEEF?! (gasp!)
Email us at info@voxdope.com.